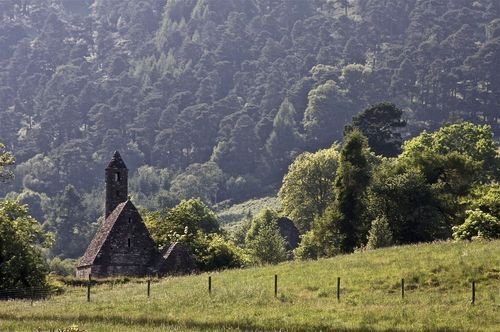 On the Irish mystique

Ireland is a tourist-driven economy, or at least certain areas of it are. People (of which we were two of over 5 million a year. Ireland receives nearly two visitors/year for each resident) go to Ireland not to see a growing, western European nation enjoying the prosperity of the EU, but rather to see the romantic Ireland. The Ireland of sheep, cattle, rolling hills, rocky pastures, Irish music, magical Blarney stones, and the like. We come to visit something magical, ancient, and rural.

For better or worse, the Irish populace caters to this. There is no shortage of touristy locations, events, and services. We ate at a pub one evening in Kenmare, where the setup was old Irish, the menu described how the fare and adult beverages were Irish, and a local musician played ‘traditional’ Irish songs on his guitar while encouraging the foreign crowd to sing along.

Perhaps the main downside of globalization, homogeny, and a shrinking world is the loss of distinctiveness. It’s a little saddening to see American chain restaurants and stores in large cities. Fortunately Ireland hasn’t fully capitulated yet, but the steps so far are a little sad. I realize this is a selfish touristy concern, but it’s one I have nonetheless. I suppose in a way the similarities then serve to highlight the distinctive elements that remain. Dan Barry, of the New York Times asks “Does Real Ireland still exist?”, concluding that it does not – at least not in its idealized state – but that there is charm and mystique just the same. Seems a fair assessment. 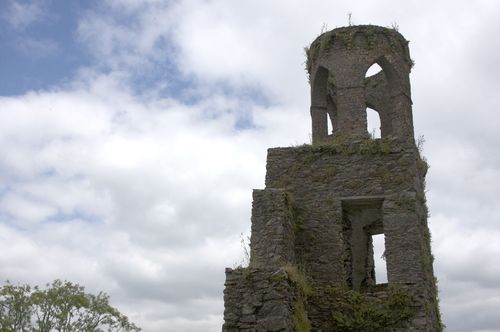 The Irish countryside was all we expected and more. The diversity of the country is amazing; from bogs to mountains, rocky cliffs to beautiful sandy beaches, rolling green fields to the strangeness of the burren.

More delightful than the greenery and diversity is the presence of ruins, castles, churches, and forts, hundreds (some thousands). The deep history and permanence of the society stands in sharp contrast to Oklahoma. The Irish have deep roots in the land and heritage. Oklahomans know we belong to the land, but it’s not ours as the sins against Native Americans and the transient nature of our culture. The music seems to rise from the rivers, the sadness of centuries of hardship echos from the hills, and the language of a literary people is found, in early forms, etched in rocks that predate Beowulf.

They’re narrow, and sheepish. Well-paved and shoulderless. Our rental car didn’t have AC (expected), was standard (not expected), and had the steering wheel on the wrong side (not unexpected but definitely different).

Friendly as advertised. This could be because they know they need the tourists. Or because I found them nicer because of their accents. Or because they’re a pleasant people whose attitude is shaped by hardship and struggle. 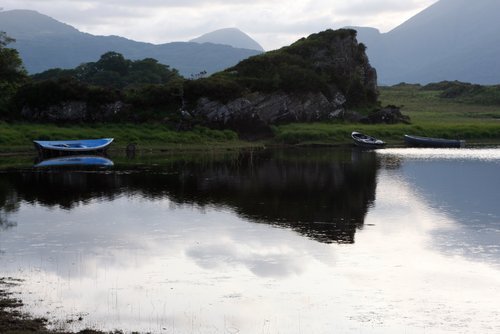 On things we didn’t know that we know now